With the support of UNHCR, camps for Somali refugees in the Dollo Ado region in Ethiopia were chosen as the test sites for the earliest shelter prototypes. The results of the test were positive, as the shelters held up and were reviewed positively by the refugees, who also provided invaluable feedback for improvements. 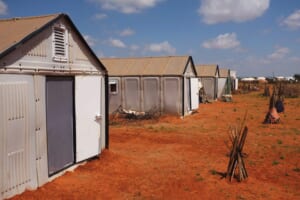 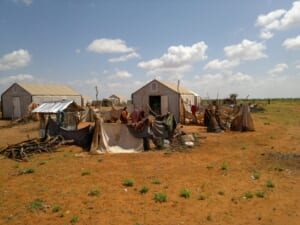 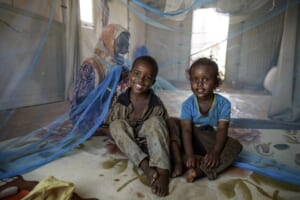 x (name and consent forms to come) at the new RHU shelter in Hilaweyn camp near Dolo Ado January 28, 2014. Photo by Jiro Ose 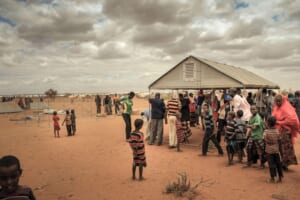 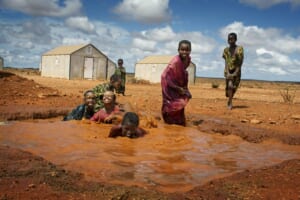 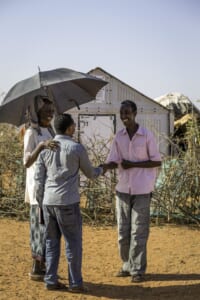 Refugees greet each other at the new RHU shelter site in Hilaweyn camp near Dolo Ado January 28, 2014. Photo by Jiro Ose

Responding to the emergency in the Diffa Region with transitional shelter 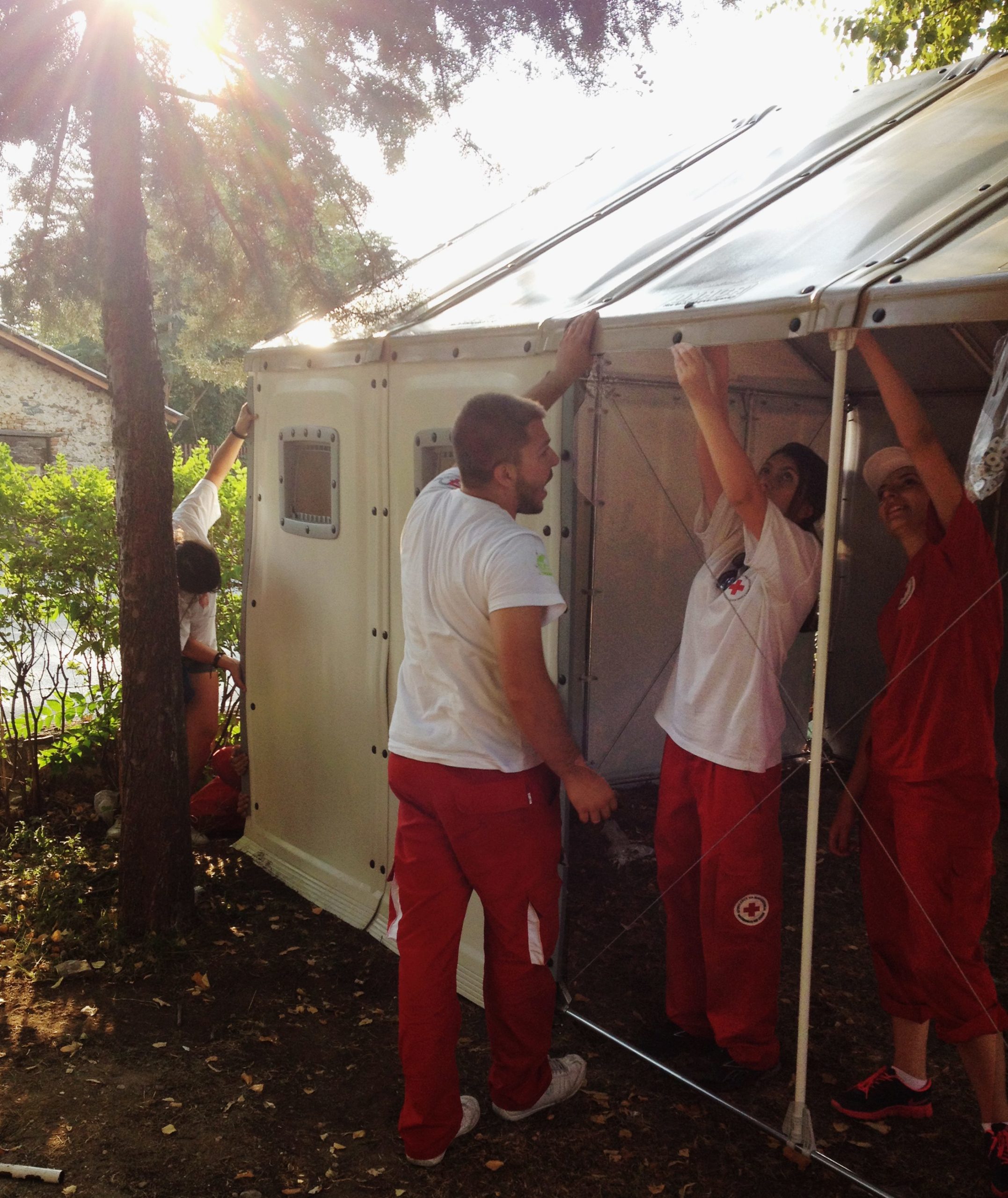