The Relief Housing Unit (RHU) is a modular temporary shelter unit, designed to allow for alterations and adaptations for different areas of use. Most of our shelters serve as temporary family shelters to house communities displaced by conflict, disasters and other factors such as homelessness.

But our humanitarian partners also repurpose RHUs as classrooms, libraries, and child-friendly spaces to benefit the children in camps and reception centres. Moreover, RHUs have been used as temporary classrooms for adults enabling access to specialization courses anywhere. Projects include:

Terre des Hommes, in agreement with the Ministry of Education and the Education Cluster, implemented RHUs in the Sad and Kirkuk governorates in Iraq, to serve as temporary classrooms. The implementation commenced in September 2018.

Responding to a series of earthquakes and several aftershocks outside the Indonesian island Lombok in July and August 2018, IKEA Indonesia donated RHUs to WVI and ACT. The units, installed in Pengembulk, were used as learning centres for children where both WVI and ACT carried out a variety of trauma-relief and psychosocial activities. Additional centres in other locations across Lombok were estimated to be installed.

AVSI Brasil manages 8 out of the 14 reception centres in the northern state of Roraima, Brazil, designated as reception and collective shelter centres for Venezuelan migrants in the country. UNHCR and AVSI Brazil have deployed RHUs as temporary houses for migrant families.

Bonyan Organization recently concluded the project “Leader Teacher for Educational Groups 2” which consists of RHUs used as temporary classrooms. This project undertaken by Bonyan in Idlib aims to benefit 6,250 male and female students in the IDP camps and provide employment opportunities to 300 teachers in the area to run the schools.

In 2017, UNDP and Coders Trust Bangladesh partnered to launch the “Yes Project”  in which they train low-income students in computer knowledge. The RHUs were used as classrooms and computer labs outside the headquarters of Coders Trust in Dhaka.

A big thank you to the organizations and individuals involved in ensuring safe educational spaces for children and teenagers in displacement.

Would you like to find out more about the RHU in education settings? 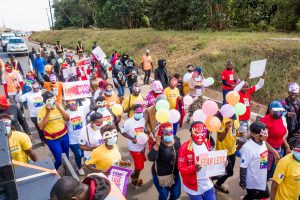 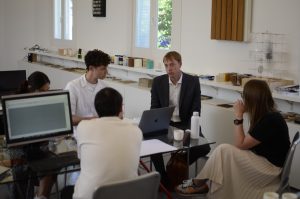 Norman Foster Foundation scholars reflect: what does a safe and dignified shelter mean to you? 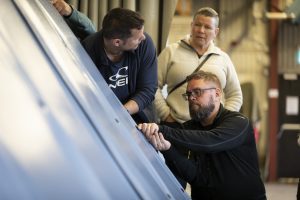