While the migration of Rohingya peoples has been steadily growing as early as the 1970’s because of historical persecution, it was the military crackdown in 2017 that triggered a mass population exodus of the Rohingya to the Cox’s Bazar region of Bangladesh. In the inaugural article of our Sheltering in Camps series, we take a closer look at the Kutupalong-Balukhali refugee campsite, the largest refugee camp in the world.

Scenes in the camp

An aerial view of Kutupalong shows a clear picture of stark density, where bamboo is local and plentiful. Bamboo huts fixed atop with straw roofs throng the hilly dirt terrain among shelters and makeshift tents varied in typology, from structures lined in grass, corrugated steel and tarp blazoned with humanitarian logos. Bamboo bridges were engineered with finesse to connect the hills over the valleys.

Zoom in on the urban fabric, and the sounds are immediately overwhelming. Large trucks miraculously make their way through the narrow roads crowded with people heading in all directions. Rickshaw drivers have one hand on their steering wheel, and another on the horn. People bargain over the cost of meat and vegetables, spices and firewood with the market traders lining the streets.

In an area four times the size of New York City, a swelling population and rapid urbanisation are in a tight race. To see the faces of camp residents is to see a population in a perpetual state of limbo citizenship. International aid organisations hand out oil and rise, and only a small minority of the residents earn a living. Each toilet and well is shared by hundreds of households. 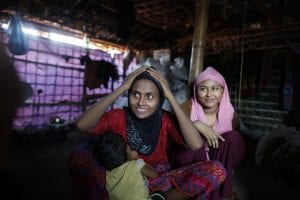 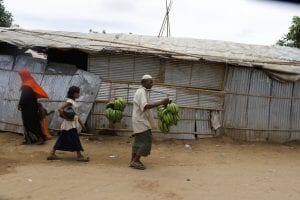 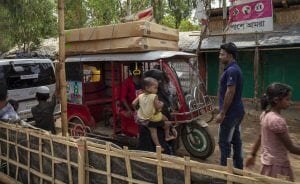 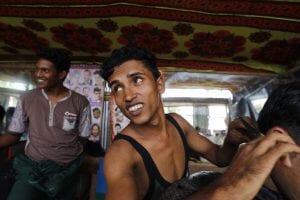 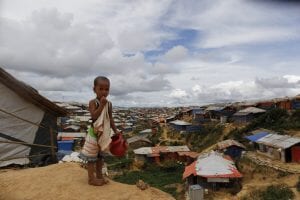 The crisis in numbers

This year marks the five-year anniversary of the largest displacement event over the Myanmar and Bangladesh border, following a brutal campaign of ethnic cleansing. As of 2021, some 900,000 Rohingya refugees were living across the border in southern Bangladesh across 34 refugee camps, already congested with over 200,000 Rohingya who arrived in the years and decades before 2017. About 880,000 Rohingya are living in Kutupalong, the most densely populated refugee camp in the world, with half this total of refugees being children.

Where a majority of people live in a population density of under 15 square metres per person, challenges are inevitable. The growing size of Kutupalong resembles that of a large city, but a severe lack of basic infrastructure is not only obstructive, but destructive. Seasonal monsoon rains from April to November have the ability to destroy swaths of land occupied by Rohingya already living in precarious shelters. In a single week of the 2019 monsoon season, over 20,000 Rohingya were again displaced and over 6,000 shelters were destroyed from flooding, slope failures and windstorms.

The threat of fire has also become a new fear. On March 22 last year, a massive fire destroyed 9,500 shelters, leaving 45,000 refugees again without a home, further destabilising their living condition in displacement, already in a prior state of insecurity and paralysis.

Our work in Cox’s Bazar

Since 2018, we have worked with both national and international partners in Bangladesh to support the sheltering needs of the displaced minority Rohingya population in Cox’s Bazar. Our partners in the region include UNHCR and HAEFA, with whom we supported the planning, implementation and assurance of RHUs. While most of the RHUs that were built in Cox’s Bazar were initially aimed for temporary accommodation, many were repurposed as health facilities in the face of the COVID-19 pandemic in 2020.

Read more about our project in Cox’s Bazar here, and visit our Resources to learn how our shelters make an impact on health initiatives, and build resilience against storm and fire incidents. 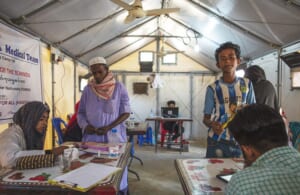 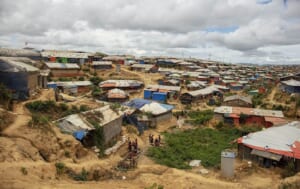 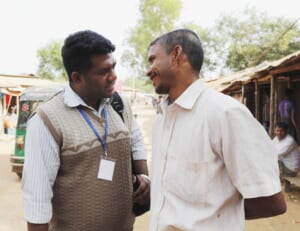 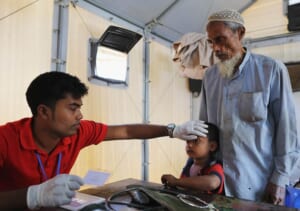 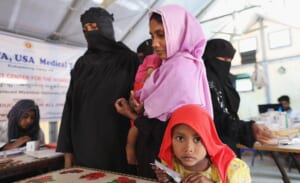 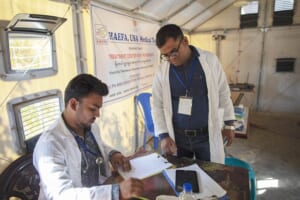